The beginning of your journey in the Holy Land. Upon arrival, you will meet our representative and be transferred to your hotel in Tel Aviv.

We drive to the city of Jaffa (Joppa), where we will take a short walking tour in the picturesque alleys of the old, fortified town. We will pass by the house of Simon, the Tanner, and marvel at the views from the hill top. We drive north along the coast to the archaeological ruins of Caesarea, built by Herod the Great in honor of Augustus Caesar. From there, we go on to visit Megiddo, where the book of Revelations mentions a great battle at the place called “Armageddon.” It is an ancient city inhabited continuously for more than five millennia (6000-500 BC). After exploring the ancient ruins, we drive toward the Sea of Galilee.

Arrive at Tiberias and check in at your hotel.

Start the day from historic Tiberias, where Jesus sojourned and preached on the shores of the Sea of Galilee. Our next destination will be Capernaum, the center of Jesus' ministry. On to Tabgha, just north of Tiberias, the site of Christ’s miracle of feeding the 5,000, and at the Church of Multiplication, the mosaic floor depicts a basket with loaves and two fishes. We drive on to the Mount of Beatitudes overlooking the Sea, where Jesus preached the “Sermon on the Mount,” and it is believed that Jesus picked his 12 apostles. We ascend to the Golan Heights to view the panoramic view of the peaks of Mt. Hermon, the rugged plateau of the Golan Heights, and beneath it, the green pastoral Hula Valley. Visit the Yardenit Baptismal Site, located along the Jordan River, south of the Sea of Galilee. Return to Tiberias for another night in town.

This morning we travel to Cana to visit the Wedding Church where Jesus performed his first miracle, turning water into wine. We proceed to Nazareth, where Jesus spent his childhood, and the Church of Annunciation, built on where archaeologists believe the Archangel Gabriel appeared to the Virgin Mary. You will also see Mary’s Well and Joseph’s Church. Drive through the Jordan Valley to Beit She'an with its recently excavated amphitheater. Visit the excavations of this beautiful preserved Roman City destroyed in an earthquake. Continue to Jerusalem to check in at your hotel.

Through the remarkable scenery of the Dead Sea, we continue to Masada, which is situated on an isolated cliff in the Judean Desert. The site was declared as a UNESCO World Heritage Site in 2001. Ascend by cable car to the fortress, which was the last stronghold of the Jewish Zealots in their war against the Romans. Visit the excavations, King Herod’s palace, synagogue, bathhouse, and more. Enjoy the breathtaking view of the Roman camps and the Dead Sea. En route to the Dead Sea, you will visit the site of the Qumran Caves, where the Dead Sea Scrolls were discovered. Nearly 1,300 feet below sea level, the Dead Sea is the lowest point on the earth’s surface. Bring your swimsuit as if weather permits it’s possible to “float” on the salty, mineral-rich water. Return to Jerusalem for an overnight.

Start the day at the Israel Museum’s Shrine of the Book with the famous Dead Sea scrolls, then a visit to the beautifully renovated Model of the Herodian city of Jerusalem, dating back to the time of the Second Temple. Enjoy Ein Karem, a picturesque village in the southwestern outskirts of Jerusalem. According to tradition, this small village has great significance in Christian traditions. It is where John the Baptist was born.

Visit Yad Vashem, the official memorial to the Jewish victims of the Holocaust, established in 1953, located at the foot of Mt. Hertzl. Visit Bethlehem, the birthplace of Jesus, at the Nativity and Manger Square Church. Return to your hotel in Jerusalem.

Enter the Old City of Jerusalem, where you will see the Western Wall and the actual site of the Second Temple, the Temple Mount. Walk the Way of the Cross, the Via Dolorosa, to Calvary and the Church of the Holy Sepulcher, housing both the traditional site of Crucifixion and the Tomb of the Resurrection. To the southwest, just outside the Old City, is Mount Zion, with the traditional tomb of King David and the Room of the Last Supper. Enjoy the spectacular panoramic view of Jerusalem, the holy city for each of the world’s three great religions: Christianity, Judaism, and Islam, from atop the Mount of Olives. Visit the Garden of Gethsemane, where Judas betrayed Jesus. Return to your hotel overnight.

Drive from Jerusalem to the Sheikh Hussein border crossing for procedures to enter Jordan. Proceed to Jerash, the city of the Decapolis, located about 30 miles north of Amman in the fertile heights of the Gilad. Visit the ancient Roman city with colonnaded streets, baths, and the top Temple hill. Drive to Amman for a panoramic city tour of the Jordanian capital. Overnight in Amman.

Drive to Mount Nebo, from where Moses viewed the Promised Land. From there, you will see the Jordan Valley, Jericho, and the Dead Sea. Continue along the Desert Highway to Wadi Musa, the modern village of Petra. Enter the site of Petra and walk or ride on horseback to the “Siq” (Canyon). Walk through the “Siq” to the red rock city, the ancient capital of the Nabateans, from 3rd Century BC to 2nd Century AD. Visit the most interesting carved monuments such as the Treasury (El Khazneh – a tomb of a Nabatean king), then the field of tombs, obelisks, the altar Etc. From this point, you can view the whole of the rock city. After the visit, return to Wadi Musa. Overnight in Petra.

After breakfast, drive south to the towering mountains and rock formations of Wadi Rum, which mesmerized Lawrence of Arabia? Drive through the stunning desert landscapes on a jeep safari, visiting the Lawrence Spring and Khazali Canyon. Drive north to Madaba to visit the remains of the Byzantine church with its ancient mosaic floor map, the oldest surviving original cartographic depiction of the mosaic map of the Holy Land and Jerusalem. Overnight Amman.

After breakfast, leave the hotel and drive to the airport in Amman for the final departure to your home city.

We say “Shalom Lehitraot” and “Maa Salama” - goodbye for now, with many memories and souvenirs both in our hearts and in the suitcase.

PLEASE FILL OUT THE FORM BELOW 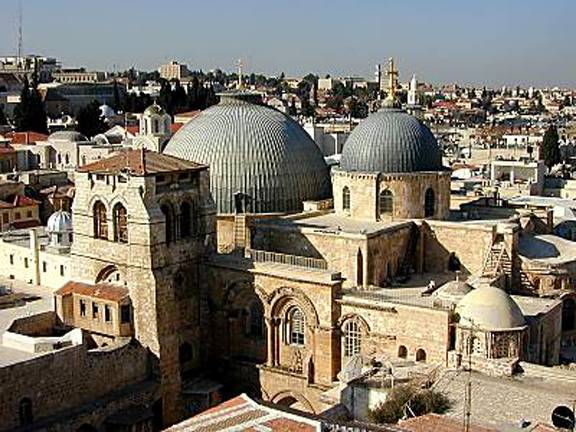 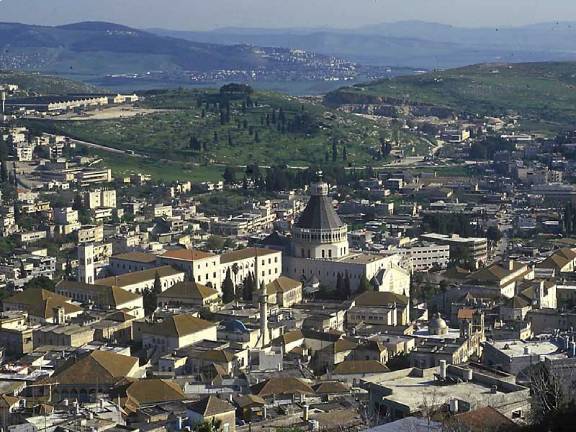 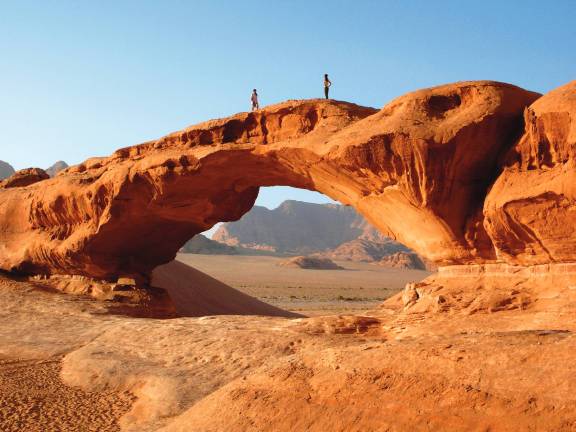